Rotterdam based foundation (A)WAKE and Amsterdam based organisation Het Actiefonds join forces to introduce New Activism: a series of discussion nights that shed light on new forms of activism by presenting new activist voices and their ways of challenging the status quo.

We live in turbulent times. With the extreme right on the rise – racism, xenophobia and populism have found their back to the centre of society. Although everywhere we face massive social and economic inequalities,
many political leaders fail to take appropriate action. In order to change society and make the world a better place we must work together and fight for our rights. But how do we do this? And where do we begin?

Our ‘New Activism’ program sheds new light on today’s social activist movements, marked by their playful strategies, use of digital (free)tools and tongue-in-cheek approach of activism. We will dive into their
strategies, achievements and goals with a series of events, podcasts and videos and will place power of hope, courage and engagement firmly on the foreground again!

Het Actiefonds
Het Actiefonds is an organisation that supports the struggle for a sustainable and socially just world in which people and the environment are more important than economic interests. We do so by investing in bottom-up social change. It is our mission to support social movements and activists all over the world that fight for equality, sustainability and social justice. We raise money among individual donors and finance actions and projects globally.

(A)WAKE
We would like to introduce you to (A)WAKE. On paper, its our new non-profit foundation that will host all our upcoming arts & culture events. In reality, (A)WAKE is a family: a collective of radical new voices that stand
against intolerance, economic precarity, and fight against fear of ‘the other’. We navigate between the fields of art and politics. 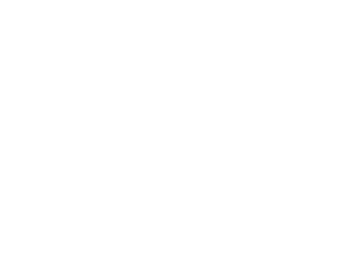 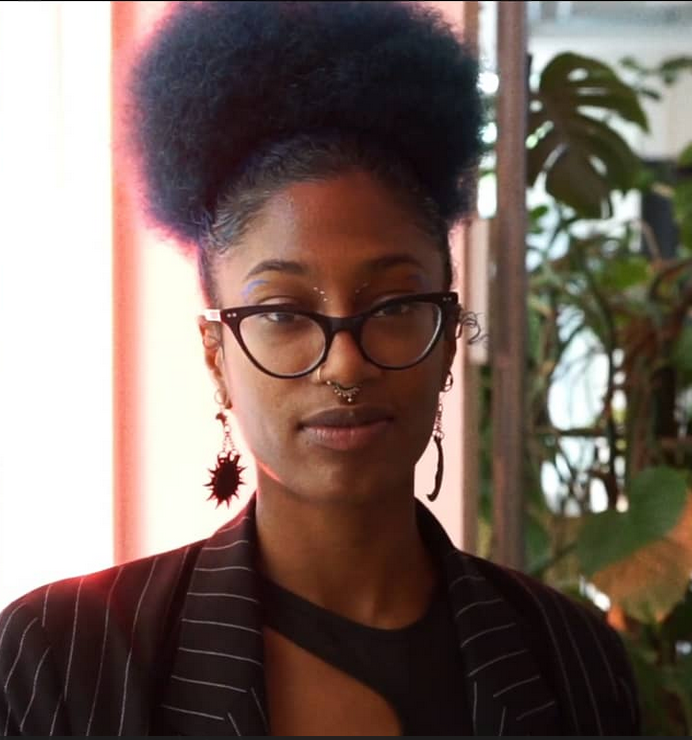 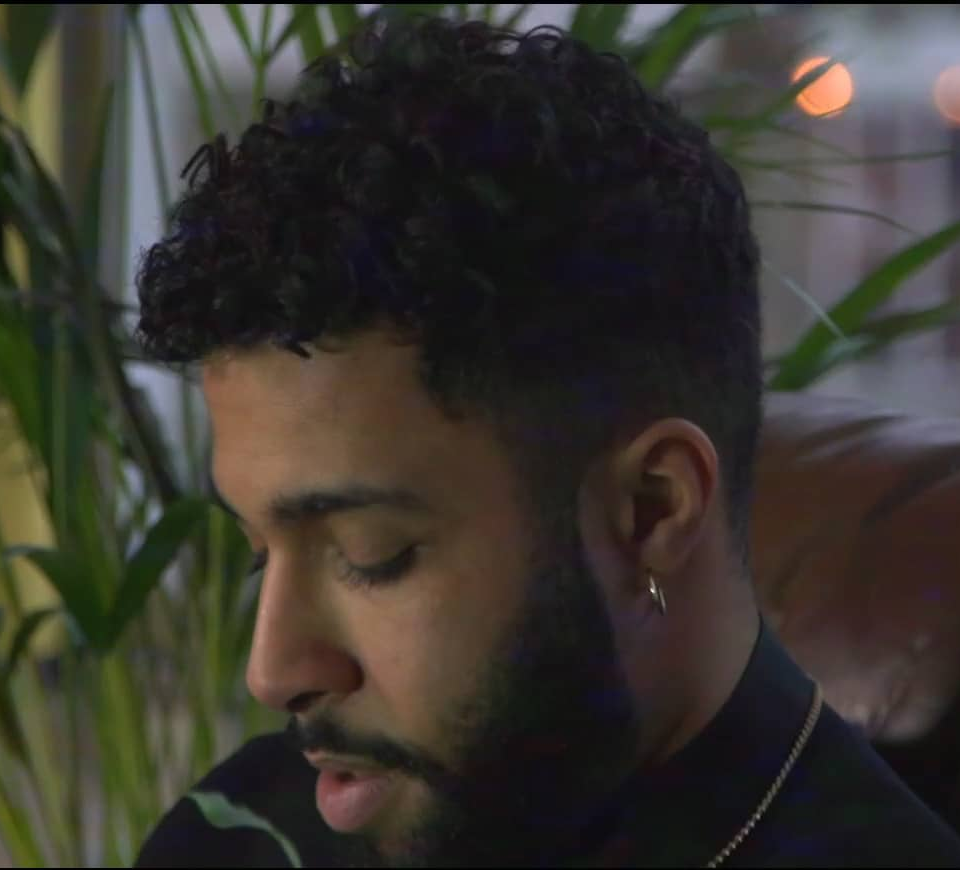 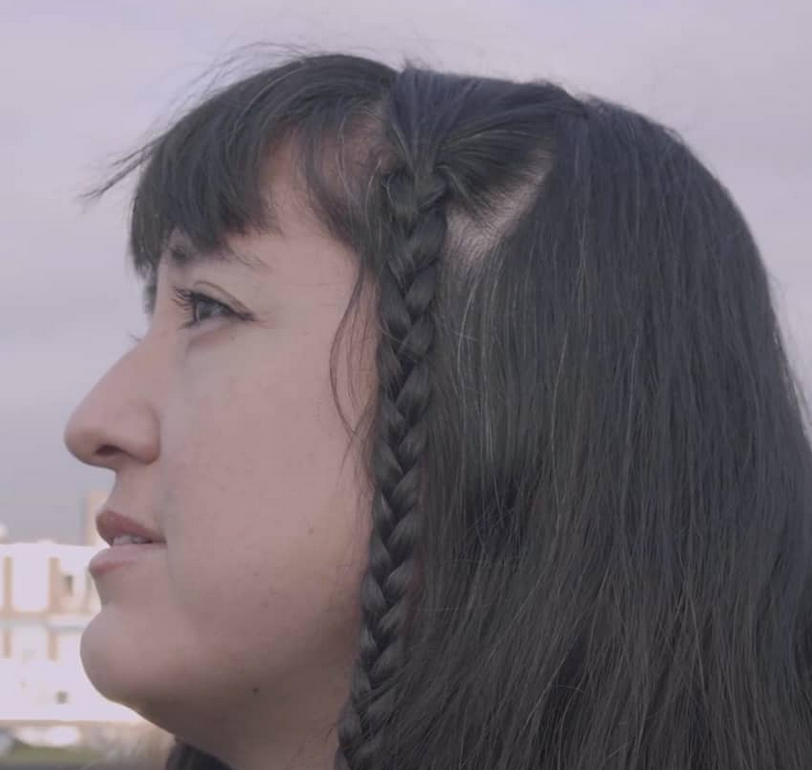 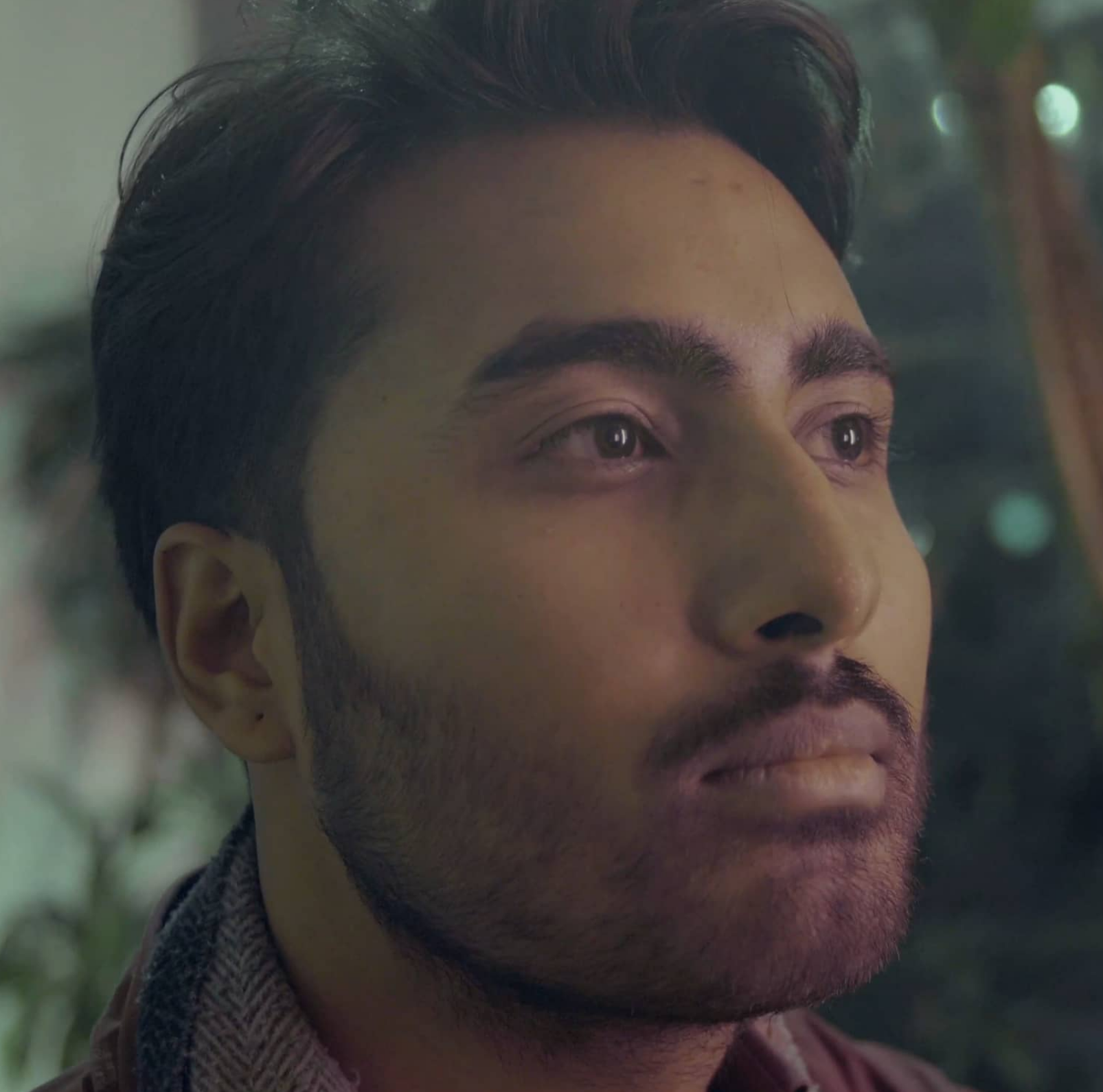 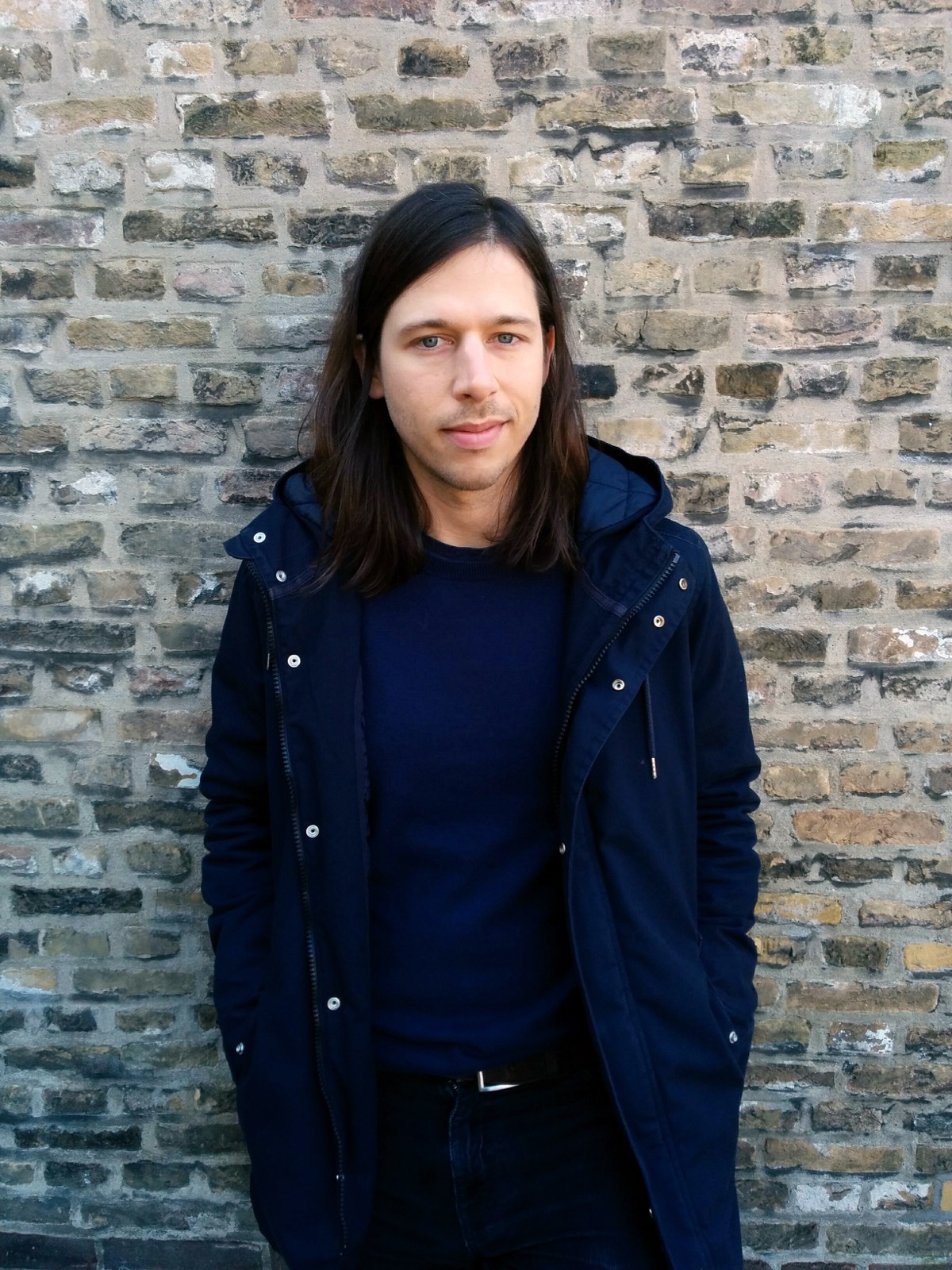 Vatan Hüzeir
Moderator / speaker
Vatan Hüzeir will be our moderator tonight. Vatan is a PhD-candidate at the Erasmus University Rotterdam, a researcher and climate activist and founder of thinktank changerism. 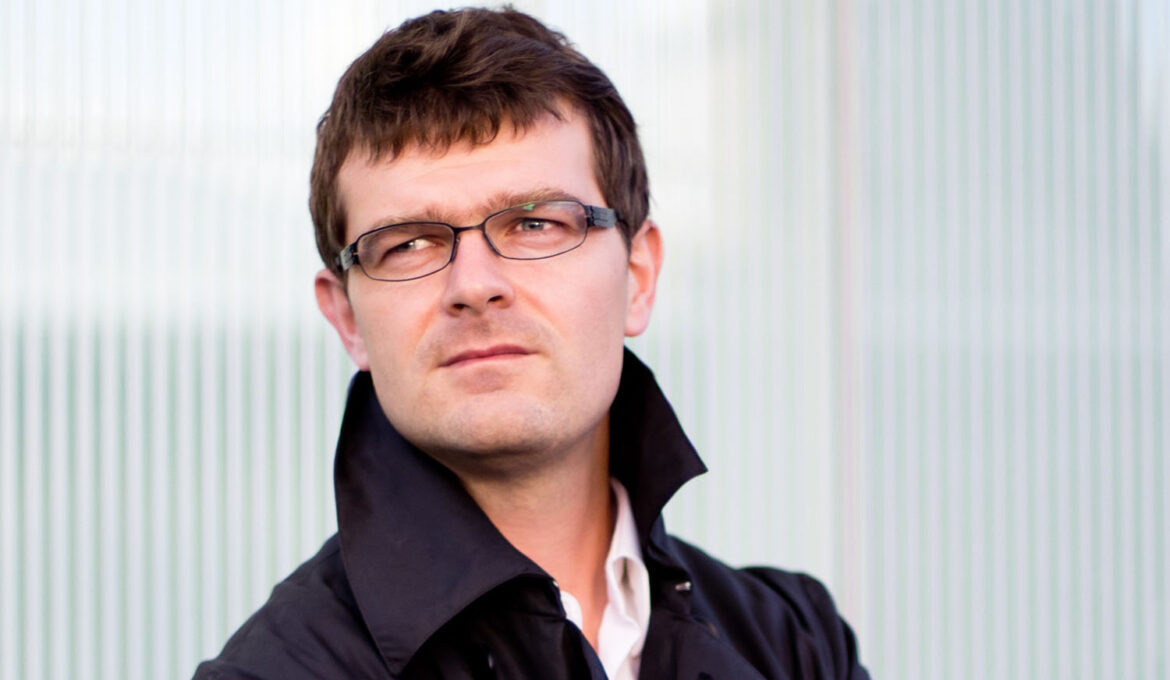 Willem Schinkel
sociologist
Willem Schinkel is a sociologist, philosopher and author of many books on a range of topics, including most recently on the COVID-19 crisis. He regularly publishes articles, op-eds and essays in publications such as De Correspondent en Groene Amsterdammer. He is a professor in social theory at the Erasmus University Rotterdam. 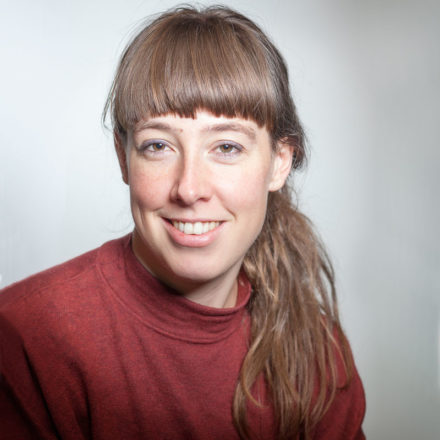 Ilona Hartlief
Code Rood
Ilona Hartlief is a climate activist and has been involved with the grassroots climate action group Code Rood since 2017. She is especially interested in the combination of an anti-capitalist vision of society with direct action and movement building. Since 2019 she has been involved with the Shell Must Fall-campaign, which aims at bringing down this notorious polluter. Besides her activism she works for SOMO, an independent knowledge centre which critically investigates the activities of multinationals.

Raziyah Heath
Black Lives Matter
Raziyah Heath is a queer and anti-racism activist and feminist, advocates for black lives, and is a writer and arts and cultural curator. She has been a spokesperson at the recent Black Lives Matter protests and her main objective is to shine light on all black lived experiences. To do that she wants to raise awareness within BIPOC individuals through her writing, organising events, activism and building community. 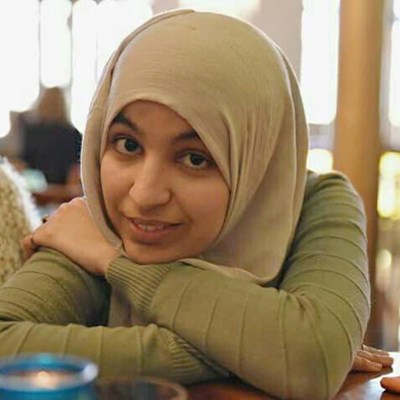 Kauthar Bouchallikht
moderator
When she's not moderating, Kauthar Bouchallikht writes, campaigns, speaks, trains, manages projects... She could work on an article about the dangers of far-right politics one day, organise a national climate strike the next and deliver a workshop about the power and necessity of inclusive storytelling at the end of the week. She works for different organisations and on different themes, but her various projects have at least one thing in common: it's about the way we organise society and how we can, and should, improve the way we all live together. 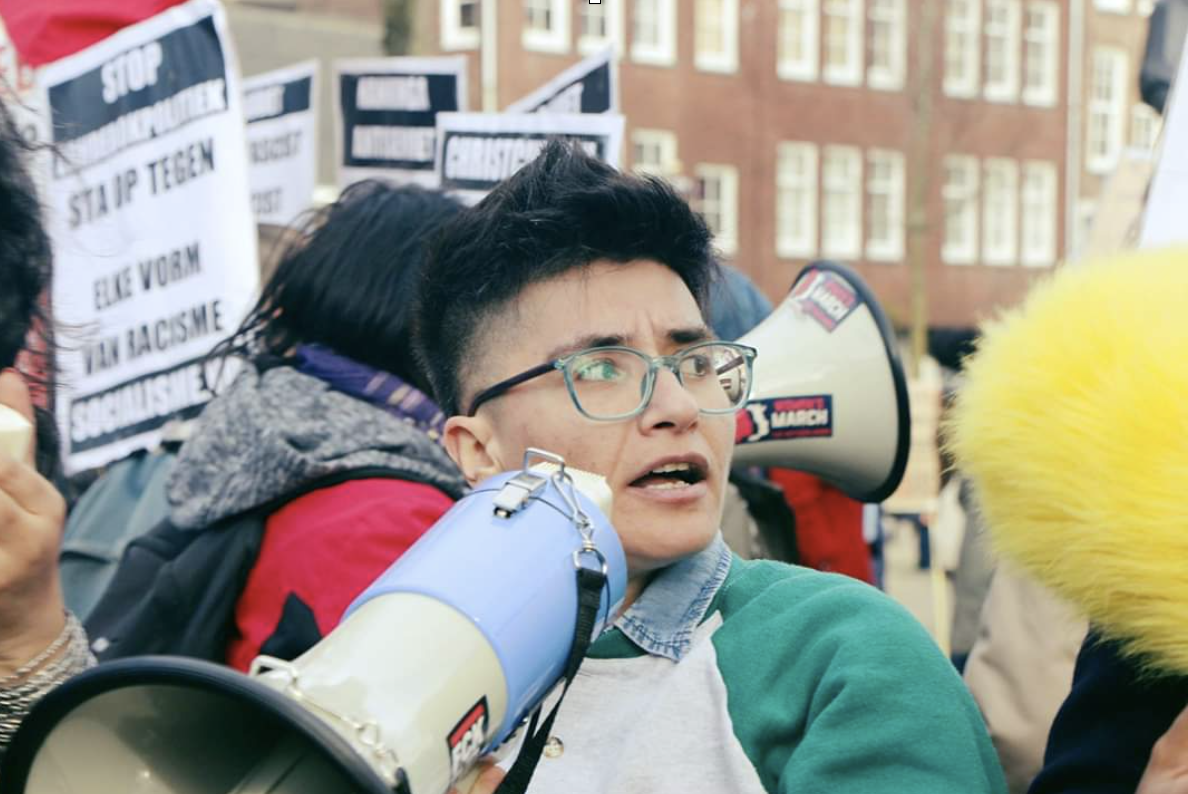 Sorab Roustayar
Bij1
Sorab Roustayar is a trans bi-gender Muslim, activist, feminist, anti-racist and refugee. He is active in different movements and builds bridges between organisations and activists. His life’s history was the direct reason to commit himself to refugee rights from the age of twelve and to become active in Dutch politics. He’s been involved with political party Bij1, the anti-racism movement, and many other social justice struggles. 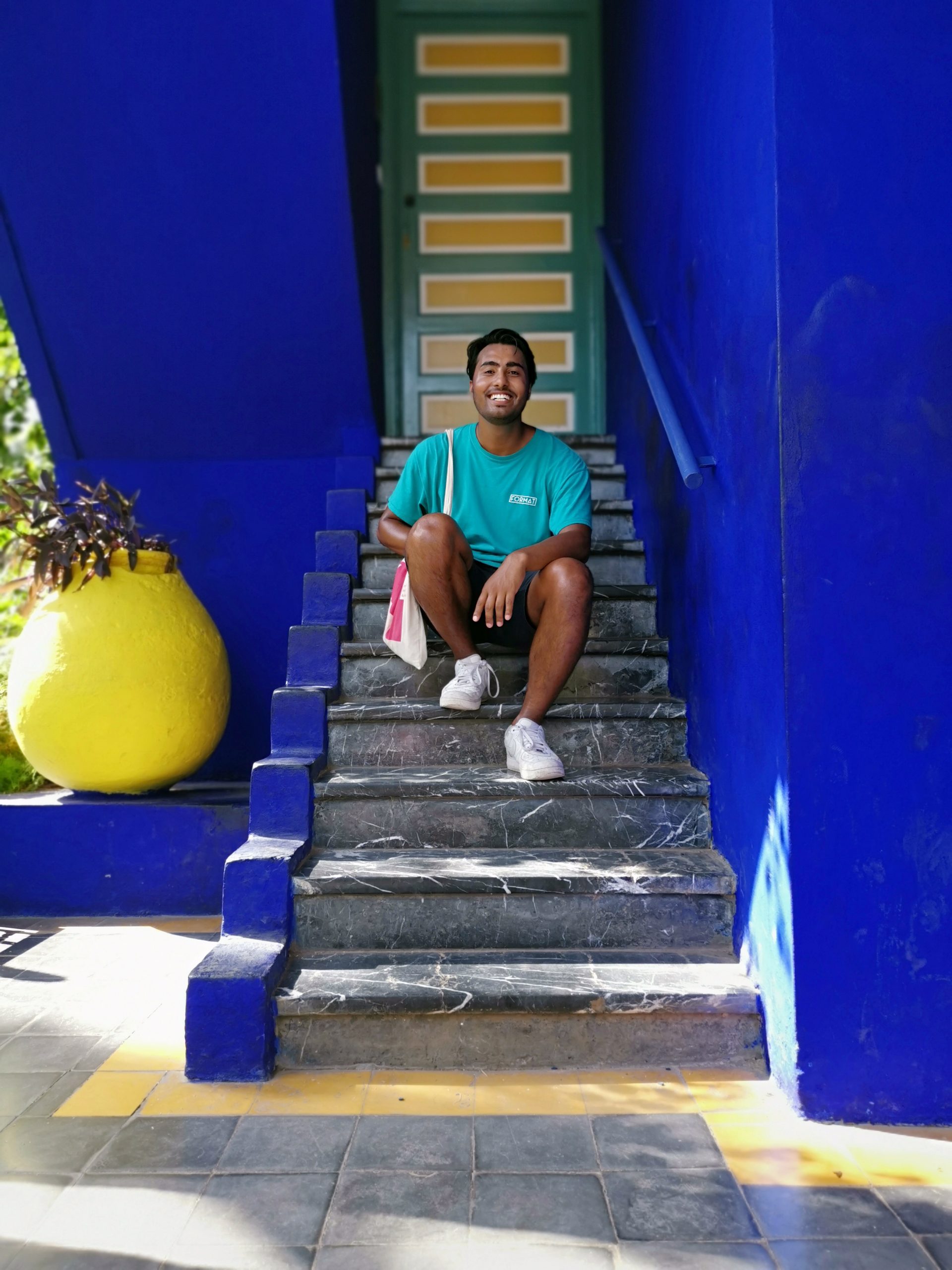 Nugah Shrestha
politieke jongeren
Nugah is a student of the Research Master in Urban and Economic Geography at Utrecht University. Besides studying he is actively engaged in improving the position of minorities in the Netherlands, by making people aware of the inequalities within our society and by motivating young people to become politically and socially active (@politieke_jongeren on Instagram). In addition, as a freelance journalist he has written a number of articles for Vrij Nederland and OneWorld and he is also part of the youth editorial team of SPUI25 in Amsterdam.

Robin Bruisje
Exctinction Rebellion
Robin Bruisje has been active in the organisation since April and became full-time activist for Extinction Rebellion in September, helping organise the recent mass actions in Amsterdam. Besides being an activist, she’s a philosopher, hairdresser and artist, trying to inspire people to be critical of the system. Next to preparing new actions with Exctinction Rebellion she’s setting up the XR Fashion Action Nederland, to draw attention to the unsustainable methods of the fashion industry. 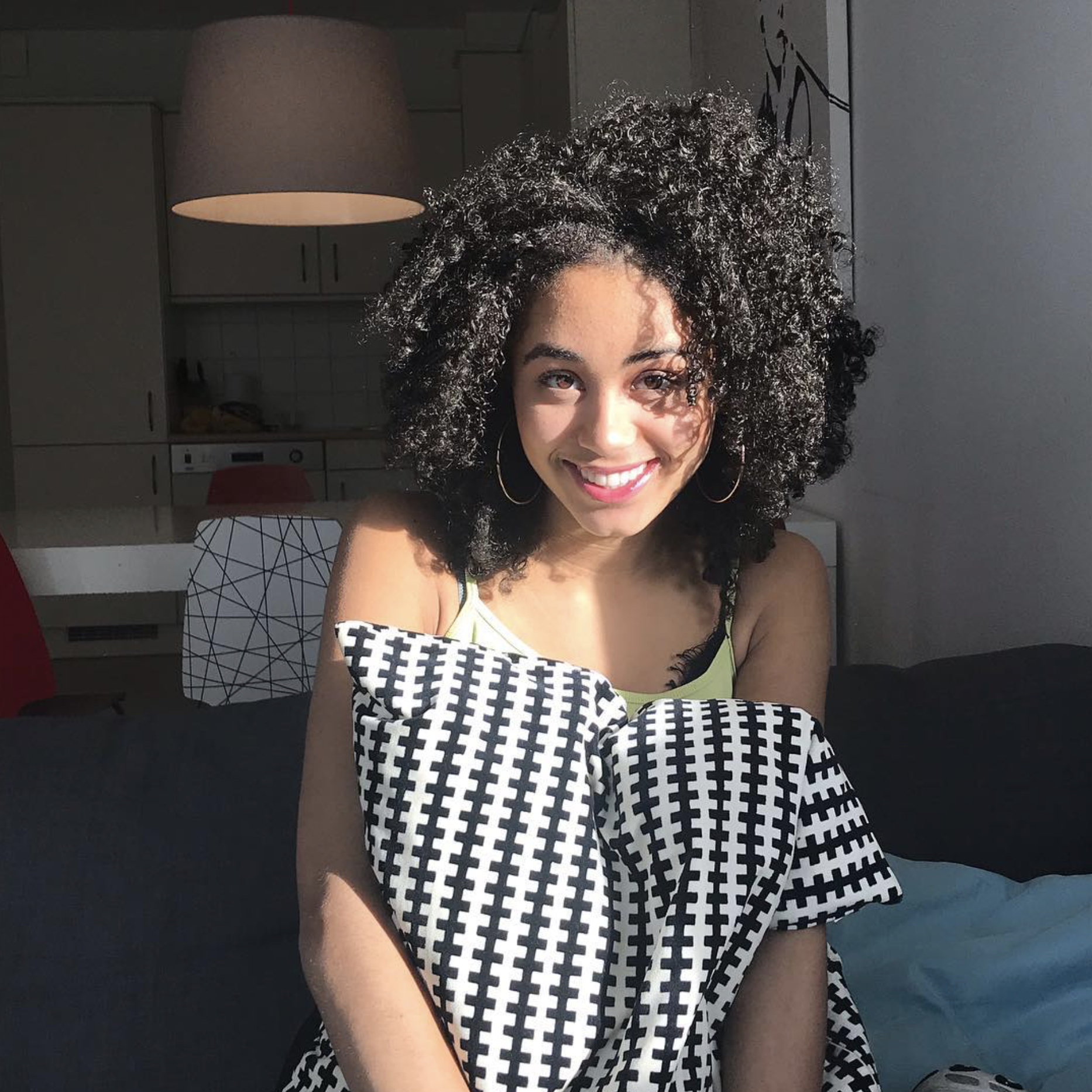 Jahkini Bisselink
Youth Participation Expert
Jakhini was youth representative for the United Nations for two years, working mainly on human rights and security issues. In that capacity she travelled around the country to speak with thousands of young people and ask them what they consider the major challenges and solutions of our world today. Backed by this input she gave speeches at the UN, organised events and negotiated in the drafting of resolutions. The link between this kind of institutional work and activism is extremely relevant to her. 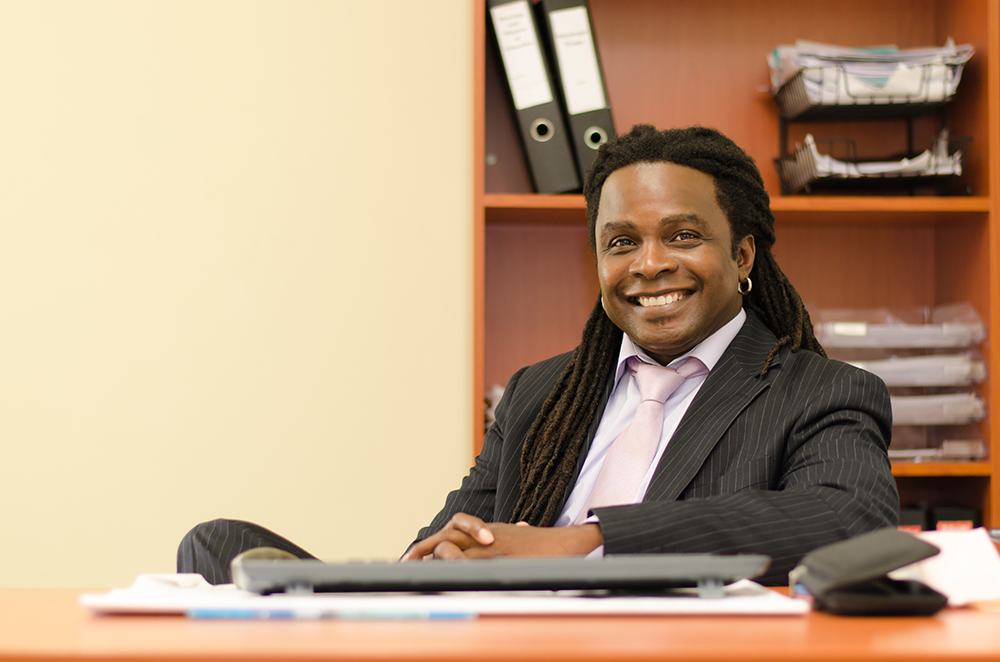 Francio Guadeloupe
Social & Cultural Anthropologist
Francio Guadeloupe is the President of the University of St. Martin (USM). A Social & Cultural Anthropologist by training, Dr. Guadeloupe has worked at all the major universities in the Netherlands before taking up his post on St. Maarten. He is still affiliated as lecturer and researcher at the University of Amsterdam, the Netherlands.
Guadeloupe’s principal areas of research have been on the manner in which popular understandings of national belonging, cultural diversity, religious identity, and mass media constructions of truth, continue to be impacted by colonial racism and global capital. He has pursued these interests in his research and publications on social processes on the bi-national island of Saint Martin & Sint Maarten (St. Martin), Brazil, Aruba, Saba, Sint Eustatius, and the Netherlands. He is the author of the monograph, Chanting Down the New Jerusalem: Calypso, Christianity, and Capitalism in the Caribbean (University of California Press, 2009). Essays of Guadeloupe have appeared in Transforming Anthropology, Latin American and Caribbean Ethnic Studies, Social Analysis, Women Studies International Forum, and the Journal for the Study of Religion. 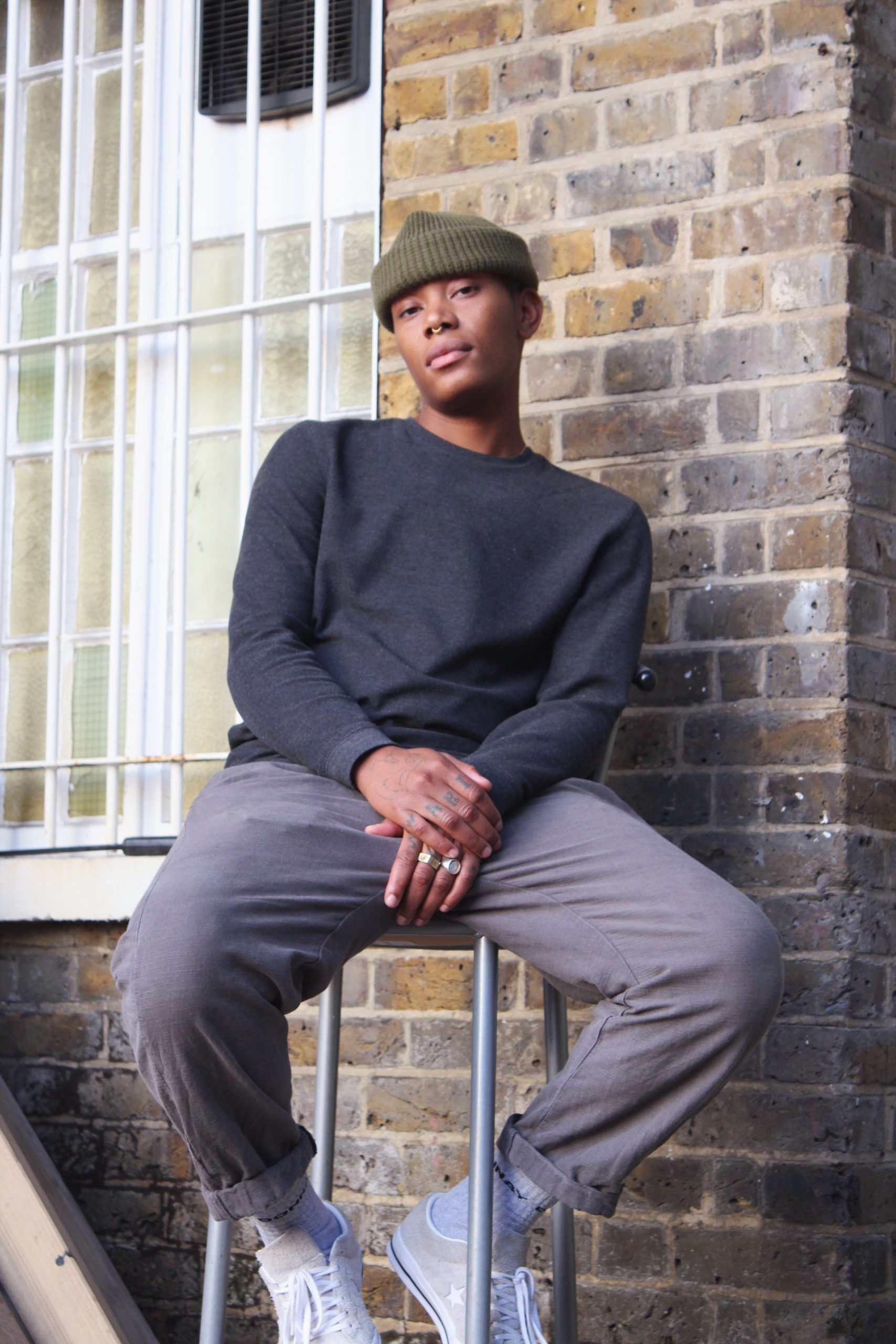 Naeem Davis
BBZ
Naeem Davis is a cultural producer and the co-founder of BBZ (Bold Brazen Zamis OR Babes), a curatorial collective and club night born and bred in South East London. For the past three years, they have produced events across the globe and worked in partnership with institutions including the Tate, Glastonbury Festival, Afropunk Festival and the British Council. As a collective, BBZ prioritises the experiences of queer women, trans folk and non binary people of colour in all aspects of their work, and provides physical and online platforms for emerging queer talent. As a co-founder and independent producer, Davis remains unapologetically committed to building safer spaces for marginalised communities. Davis is a frequent speaker at many universities and conferences such as UCL, The RA, Goldsmiths, SOAS and for a wide range of organisations from the Southbank centre, The Barbican and Whitechapel Gallery to CDR, Apple and Shesaidso. Their work has has been profiled in ID magazine, Vogue UK, Elle, Crack magazine, Time out, The guardian, Notion, Vice, Hunger, Wonderland and Gaytimes to name a few. 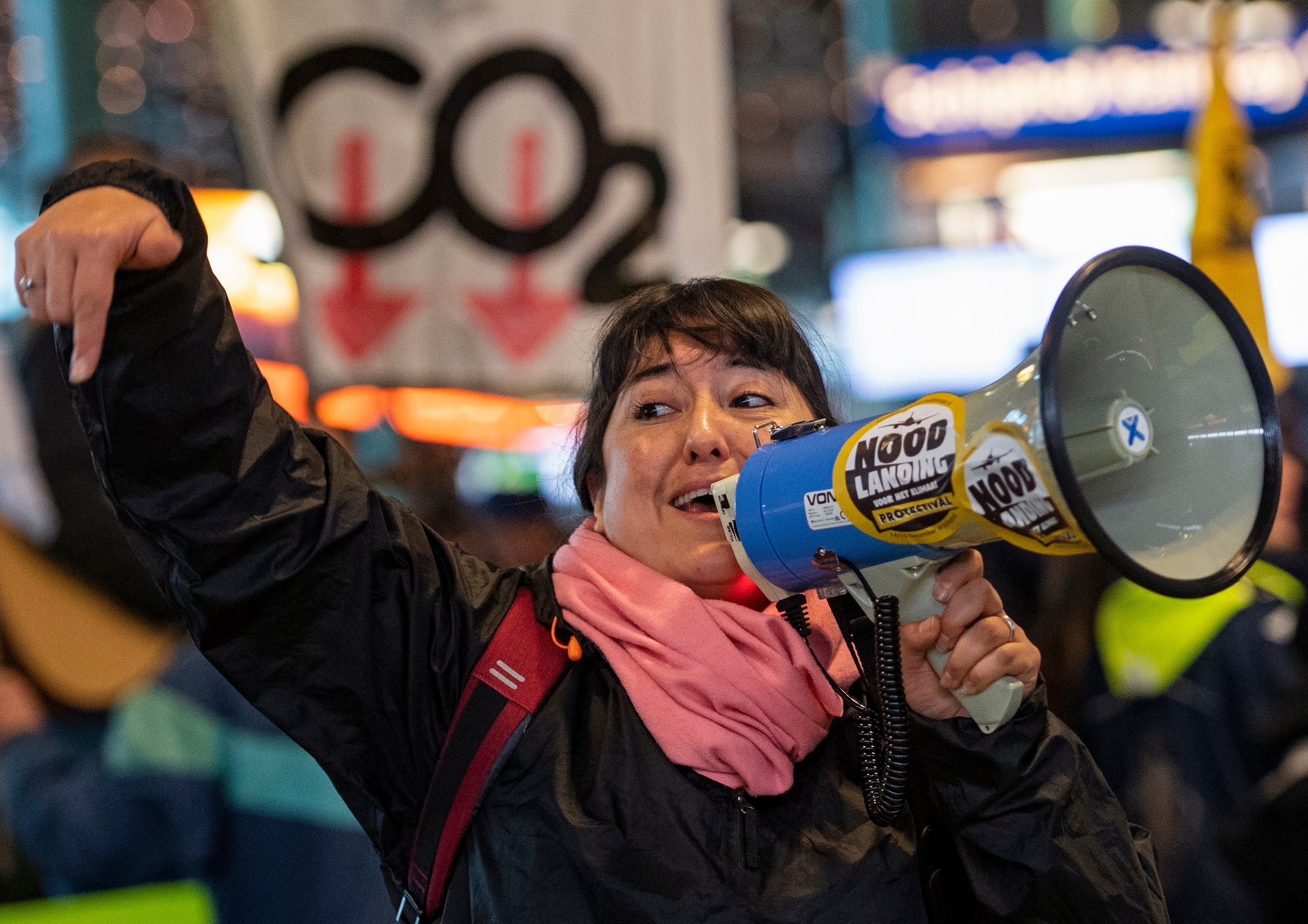 Chihiro Geuzebroek
Climate Liberation Bloc
Chihiro Geuzebroek works to restore our relationship with the earth and each other. She does so in the capacity of film, decolonial climate justice activism, campaigning, public speaking and spoken word. She is Director Producer of the feature film Radical Friends, former campaign manager of the political party BIJ1 and co-founder of Climate Liberation Bloc. She is currently working for Greenpeace and screenwriting a speculative fiction script centering indigenous futurism and personal, social and political healing from colonial erasure. 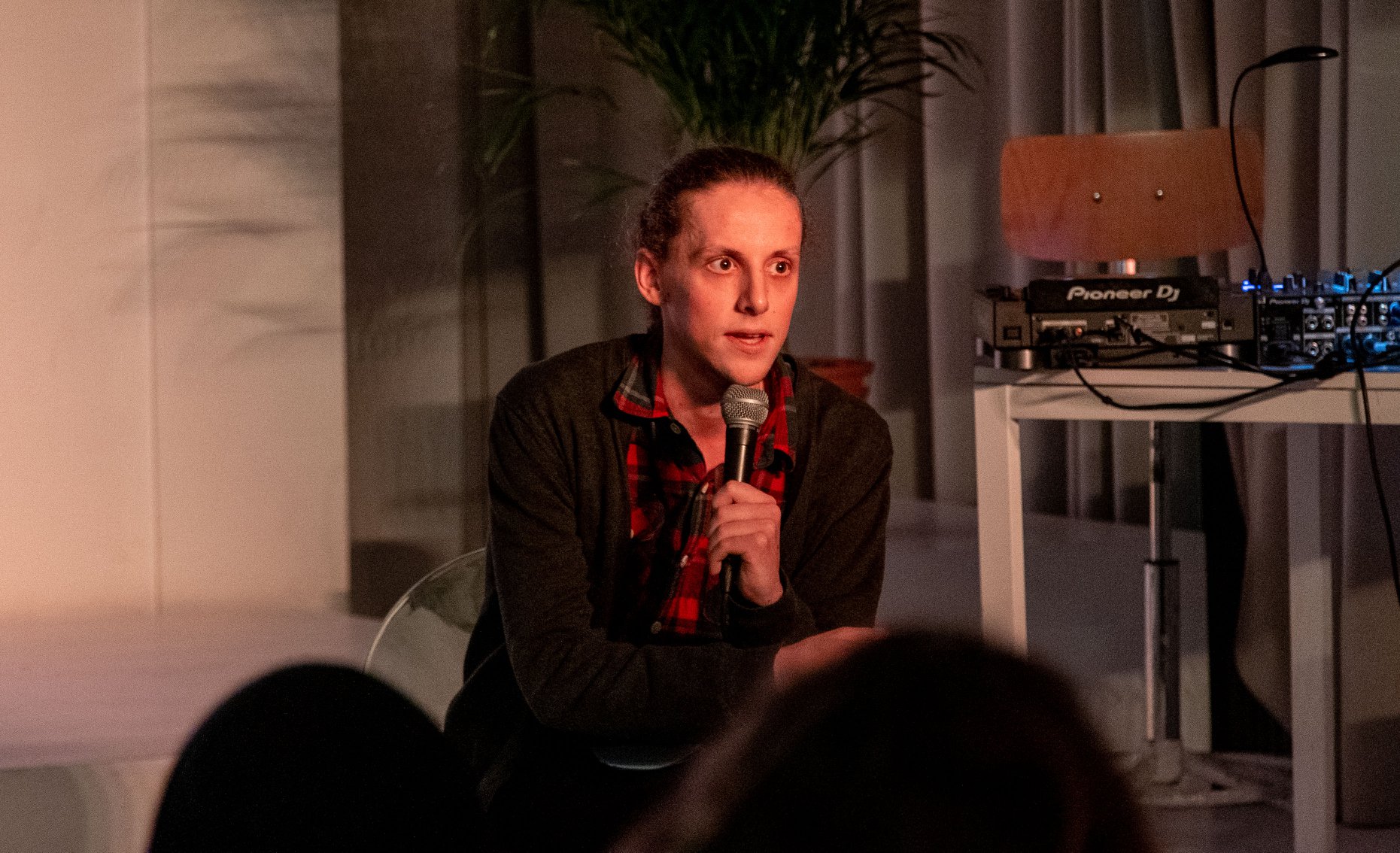 Josch Kuhlmann
Shell Must Fall
Josch is active in the mobilization team of the Shell Must Fall campaign, where he is mostly busy with planning info events, trainings and holding talks. He lives in The Hague, where he obtained a bachelor’s degree in Liberal Arts and Sciences at Leiden University College. Josch is also involved in the local XR group and currently in the process of setting up a fossil free branch in Leiden University. 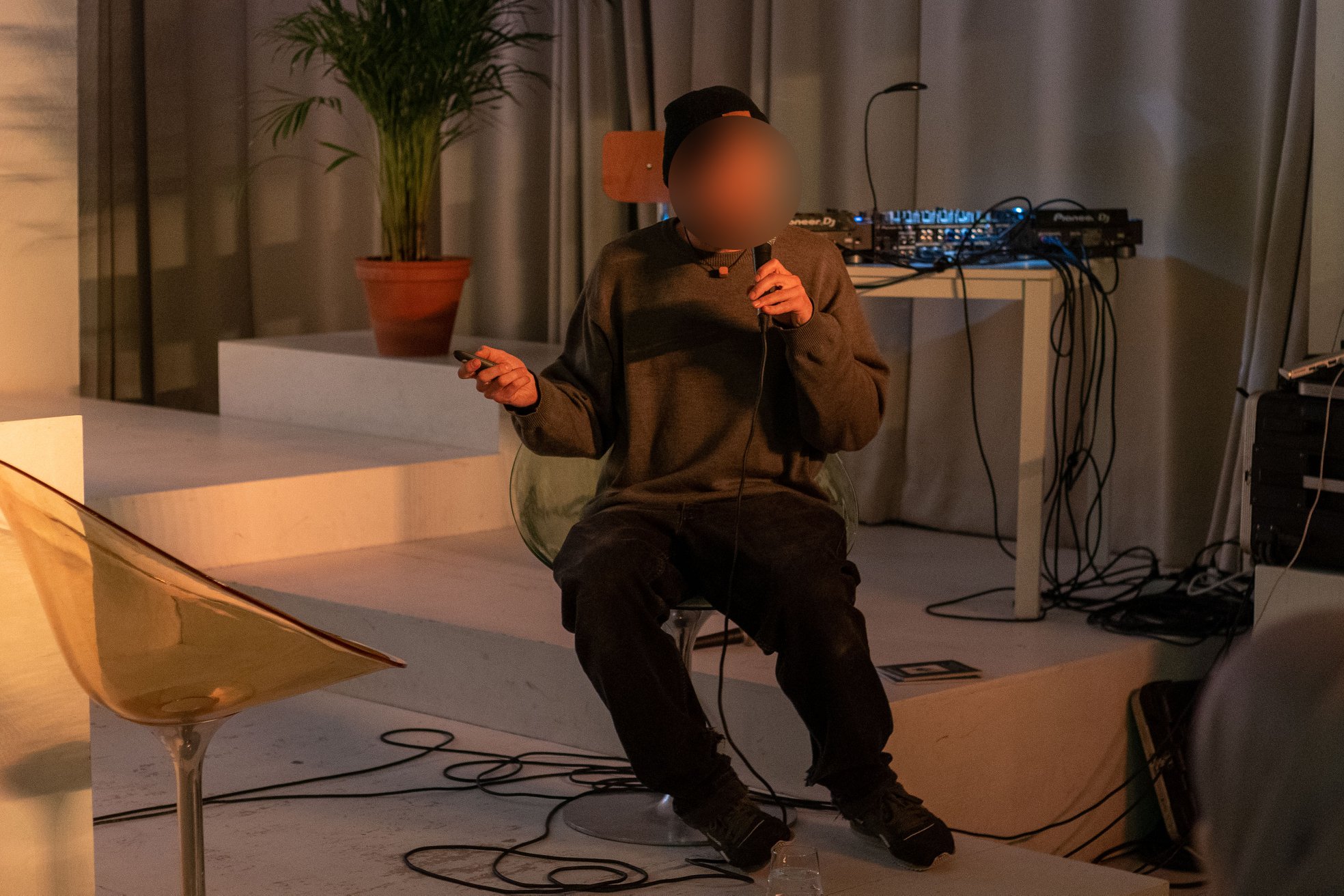 Peter Marcuse
Brandalism
Peter Marcuse is a co-founder of the Brandalism Collective. Brandalism is a network of artists who use 'subvertising' (subverting advertising) as a lens to challenge the intersectional impacts of consumer capitalism. These include how advertising affects our body image, gender relations, mental health, public spaces, environment and global climate. The group has trained hundreds of people in accessing corporate advertising billboards and bus stop panels. Brandalism is a founding member of The Subvertisers International. 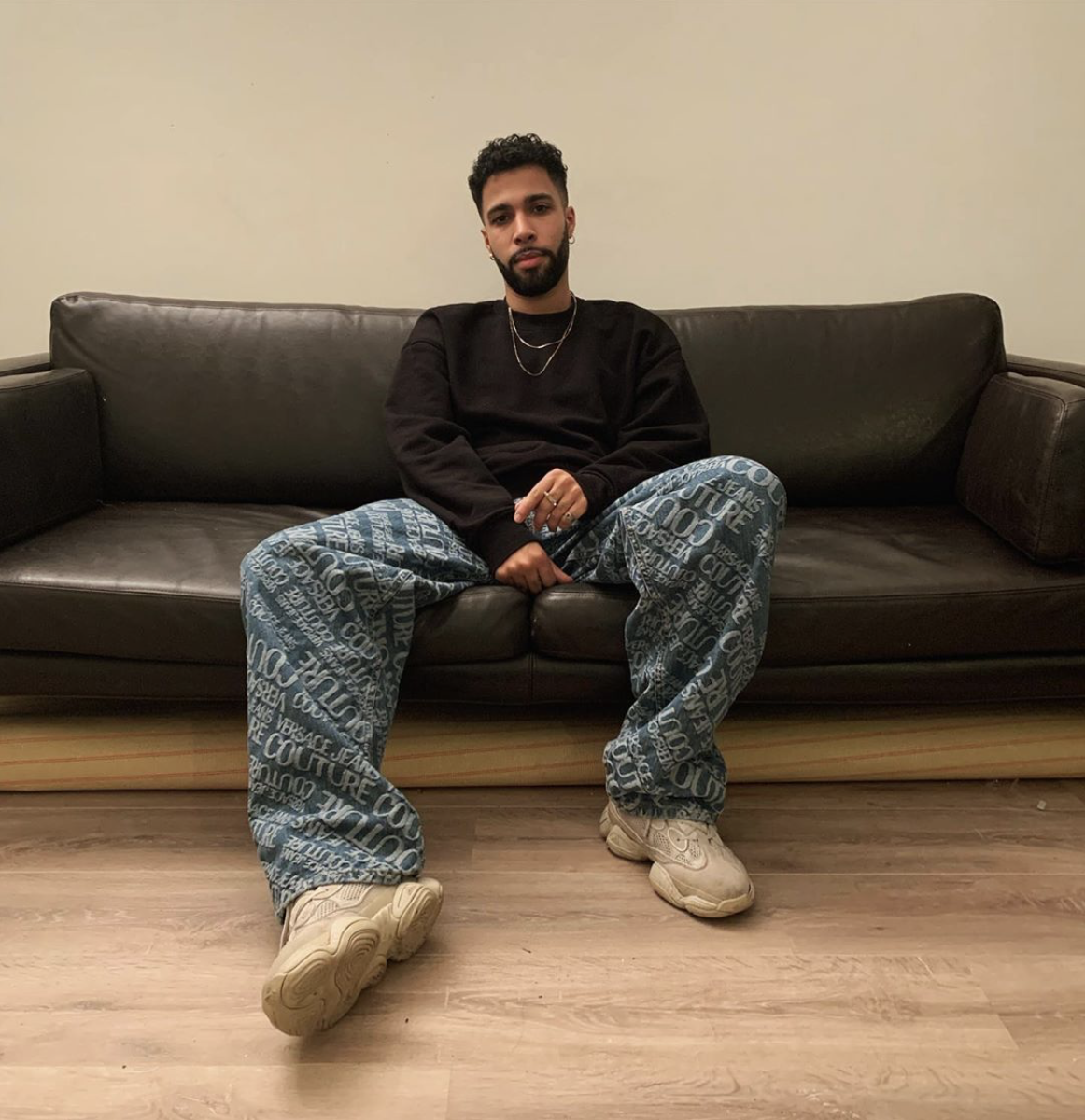 Bo Hanna
freelance journalist
Bo Hanna studied French and Middle East studies and has worked as a freelance journalist for platforms such as i-D, OneWorld, Vogue, and de Volkskrant. Last year he began working as a presenter at AT5 and VICE UK. In his work, he deals with themes of youth culture, LGBTQ rights, drugs, identity, and fashion. He is also a guest curator at IDFA. 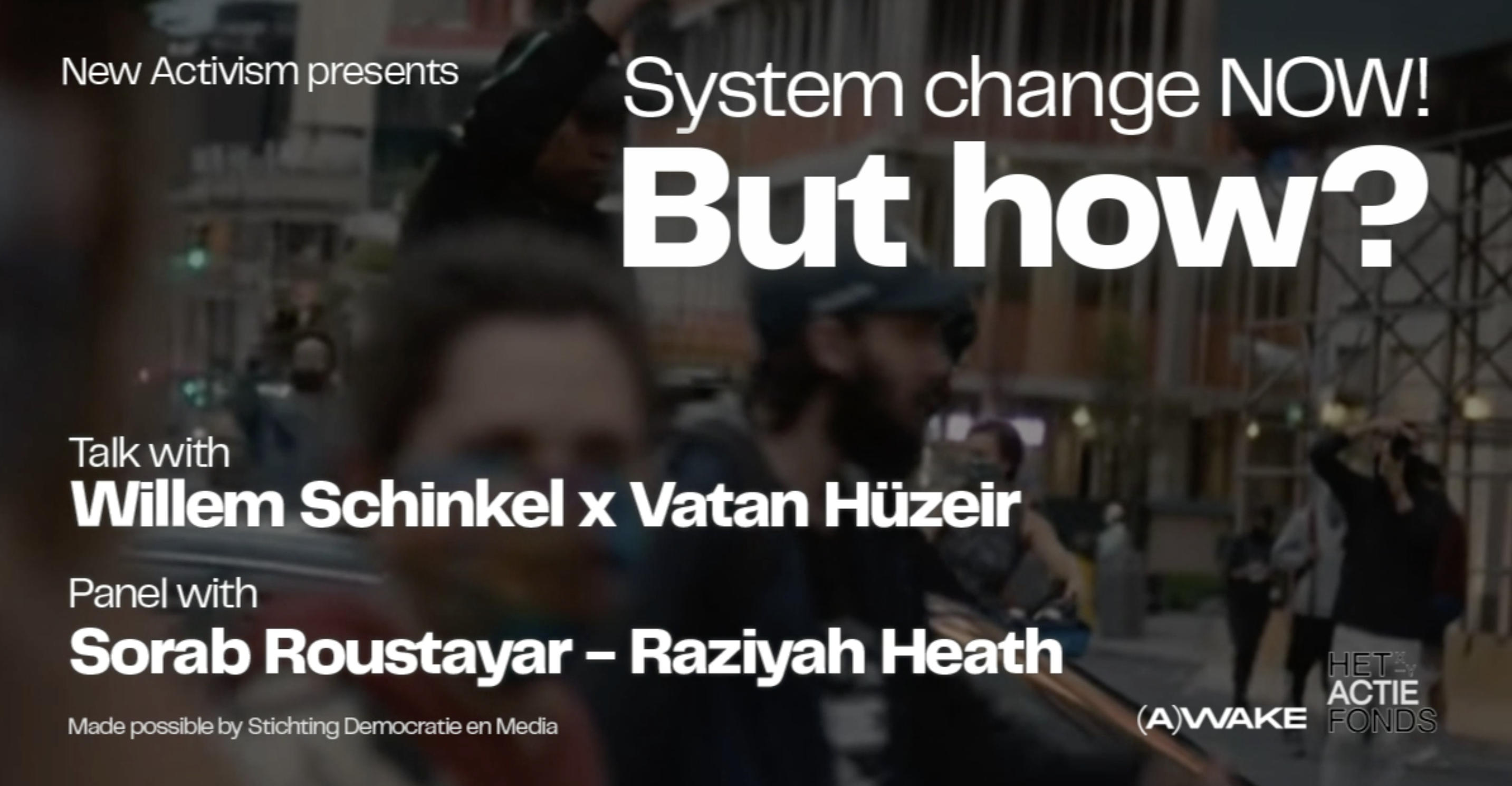 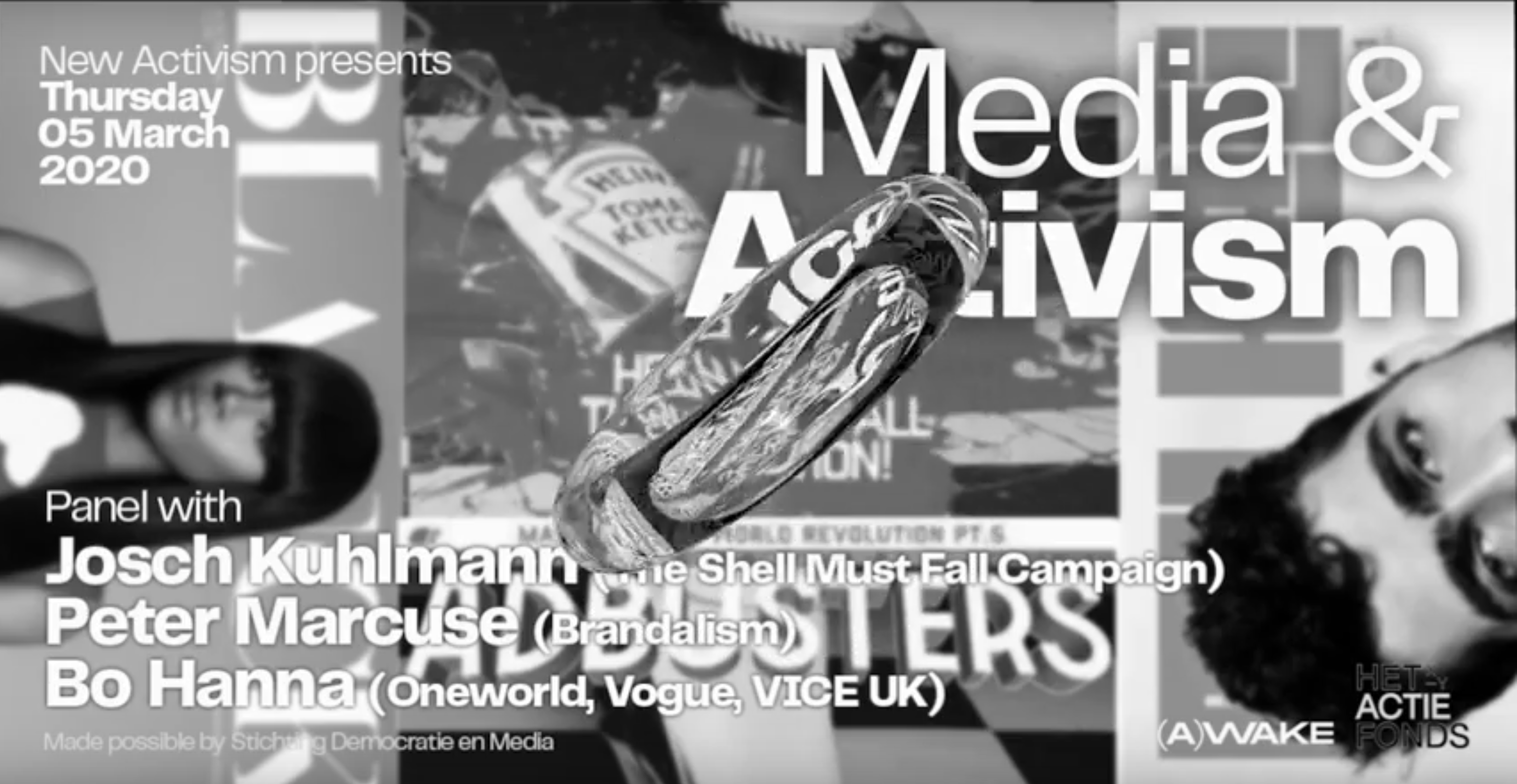 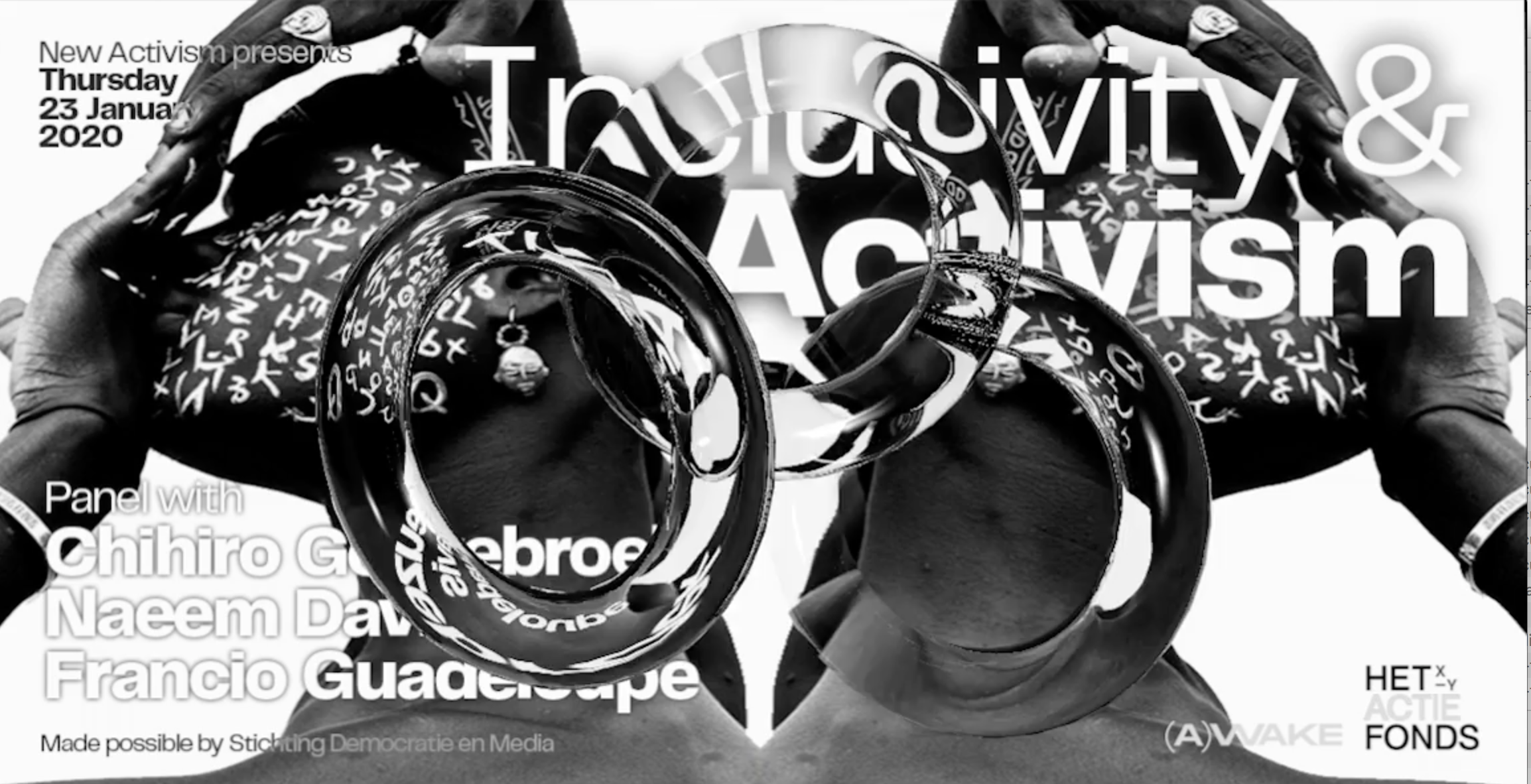 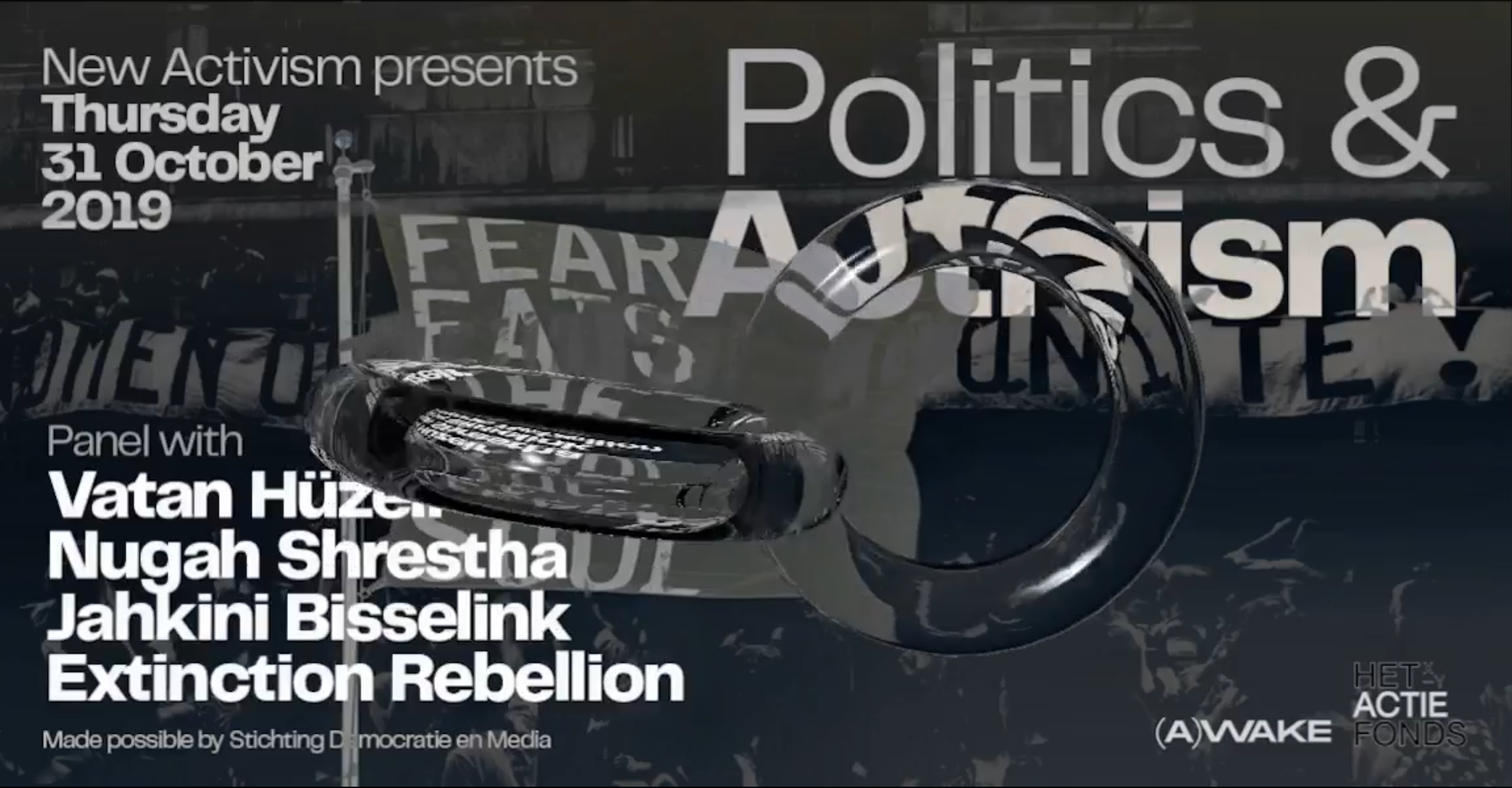 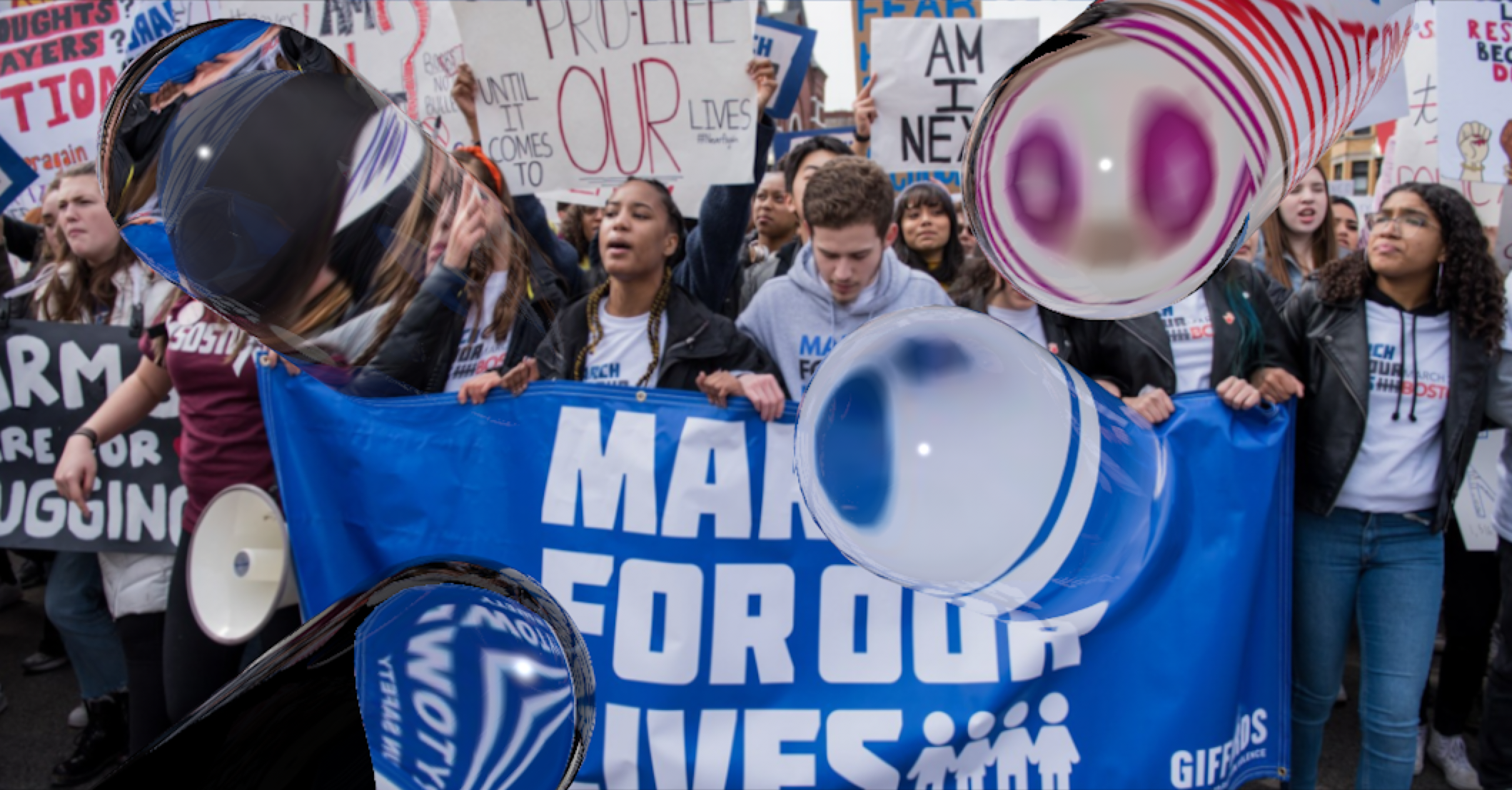